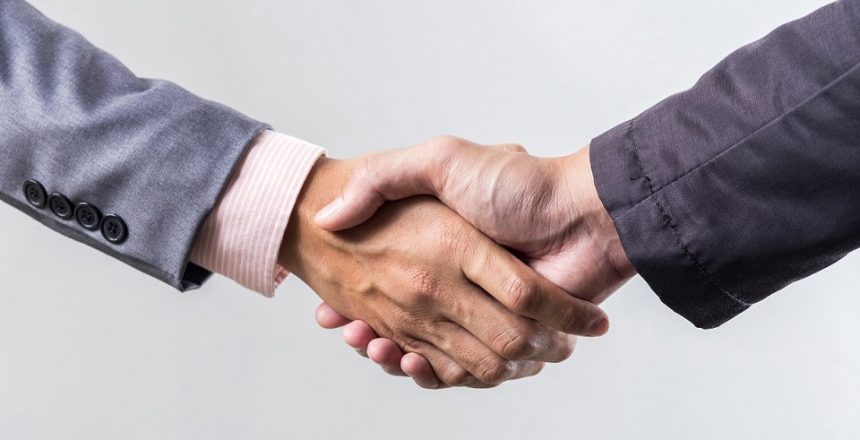 NEW YORK – As part of plans to establish a country-wide network of labs for minimizing the cost of sequencing, Genomic Testing Cooperative (GTC) has launched a joint venture with Hackensack Meridian Health (HMH) that will analyze clinical samples from patients with a variety of different cancers.

GTC’s “co-op” business model consists of two strategies, depending on the partner’s size and financial resources. Smaller labs that cannot afford high-end sequencing instruments send clinical samples to GTC’s CLIA-certified, CAP-approved lab in California, where the firm sequences the samples on its Illumina instruments. GTC then implements algorithms, based on deep-learning and artificial intelligence, to interpret the sequencing data.

For hematology and oncology groups at larger laboratories or hospitals, GTC instead establishes a wet lab with sequencing instruments in their facility to analyze data from inhouse NGS tests. Albitar highlighted that the final report is identical, whether the sequencing portion of the workflow is done at GTC or at the partner’s lab.

Depending on the size of the facility that GTC partners with, Albitar’s team can deliver DNA analysis results within seven days. If the collaborator wishes to include RNA data in the analysis, the firm can produce results in about 10 days.

“Because our partners have a vested interest in this process, we work collaboratively and [make it] less expensive,” Albitar said. “For example, they give us access to their clinical data, which makes it easier to find indications, correlations, and validation for our assays than if we were to purchase samples with clinical data from diagnostic labs.”

GTC currently offers nine cancer genomic profiling tests that its co-op partners can request, including a liquid biopsy assay developed by partner C2i Genomics. While declining to provide the number of tests that GTC has performed, Albitar said that the firm has seen a 30 percent growth in analyzed samples almost every month since launching in 2018.

Albitar argued that GTC can successfully lower overall sequencing costs that companies often encounter because it increases sample volume gathered from partners. He believes the firm’s model is the first that is based on cooperation, rather than competition, between companies.

“Instead of working in silos and competing with each other, I believe that clinical laboratories should collaborate with each other so that they can deliver better patient care,” Albitar explained. “By [using] a collaborative structure, smaller laboratories can have access to the required expertise in NGS and direct access to [an] innovation pipeline in [a] costeffective manner.”

While acknowledging that GTC’s services can potentially allow an interested partner to sequence samples for different disease-linked biomarkers, Albitar said that the co-op is currently focusing on sequencing cancer tumor and liquid biopsy samples.

GTC has filed three patents with the US Patent and Trademark Office related to RNA analysis and how RNA can be used for the prediction of clinical behavior of cancers. As part of the model, Albitar noted, every patent the group generates will be shared with the members of the co-op as well. He also highlighted that every member of the co-op has a say in the group’s current and future decisions.

HMH agreement
By signing a contract with HMH, which covers 17 different hospitals and more than 200 patient centers in New Jersey, GTC expects to offer complete DNA and RNA profiling to cancer patients in an efficient and cost-effective manner. The firm will also collaborate with HMH’s data company to get access to clinical data for developing new tests and applications of DNA and RNA sequencing.

Andre Goy, physician-in-chief of oncology at HMH, noted that the group will look at the impact of detected cancer signatures and refine decisions of patient care. For example, HMH clinicians will alter decisions for high-risk lymphoma patients with “standard morphology,” who may instead need more intensive therapy. The workflow will also provide his team of clinicians potentially actionable results for rare or difficult-to-treat cancers.

GTC also aims to widen its network of reference labs for genomic testing by opening the facility at HMH to serve as a testing hub on the East Coast, while the California facility will serve the co-op’s interests on the West Coast. The lab will perform NGS testing before providing GTC with the data for downstream analysis.

Albitar noted that the new lab will allow sample collection from the entire health network, as well as support any of GTC’s co-op partners working to push their diagnostic product to the market. However, he emphasized that the facility will not be linked to any of the firm’s existing agreements, especially those related to collaborating oncology practice groups.

For example, Albitar pointed to GTC’s partnership with the JTCC from May, under which the team is building an additional sequencing lab to molecularly profile cancer samples. While the lab will collect cancer samples, the initial JTCC agreement restricted Albitar’s team from collecting them outside the Regional Cancer Care Associates (RCCA) network.

Instead, the new agreement with HMH will allow GTC to separately work with a higher number of physicians outside the RCCA network at HMH as part of the planned reference lab. Goy highlighted that the health network sees roughly 30,000 new cancer patients per year.

GTC will use the HMH collaboration to help build a network of reference labs across the country. The firm will aggregate sequencing data from the network — which Albitar said will be standardized by applying the same methods and tools — into a database that it hopes will form the basis of future research for improving precision medicine.

“With this cooperative information, we are sharing the science and medicine, but at the same time, it is democratizing the technology so that other labs — instead of investing a lot of money in a specialized team — are relying on teams that we have centrally at GTC,” Albitar said. “At the same time, we are sharing the project with them, and as part of the cooperative concept, we are also sharing profits with sources.”

ASH is just over a month away. Come meet with the GTC team and its co-op partners at our happy hour event. Download your invitation Here

Background VEXAS syndrome is a disease with inflammatory and hematologic (blood) manifestations. The syndrome is caused by mutations in the UBA1 gene affecting the Met41 residue of the protein and resulting in

What are some of the hematologic manifestations of VEXAS syndrome?

A Man with a Recurrent Left Pleural Effusion In late 2020, a new disease entity that was referred to as VEXAS (vacuoles, E1 enzyme, X-linked, autoinflammatory, somatic) syndrome was reported.