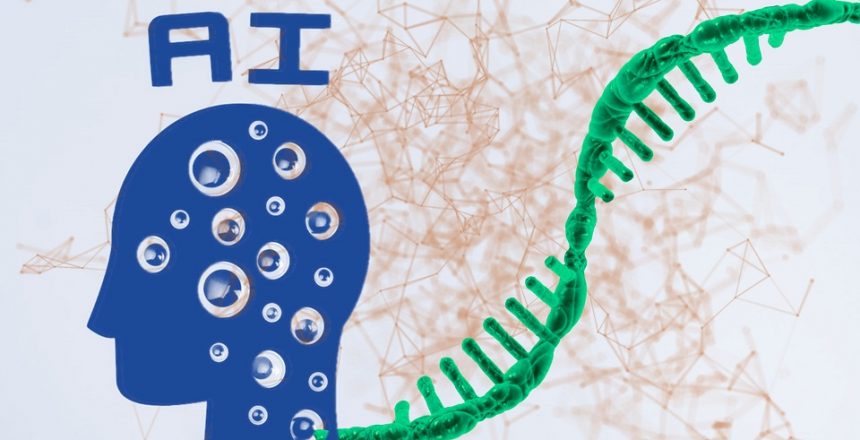 CHICAGO – With the publication of a paper validating two artificial intelligence-based algorithms for assisting pathologists in molecular profiling of patients, the Genomic Testing Cooperative (GTC) is fully implementing the technology at all of its member laboratories.

The paper, which appeared earlier this month in the American Journal of Pathology, delved into how the algorithms performed in the differential diagnosis of both hematologic and solid tumors.

The research looked at how joining targeted transcriptomes and AI — the latter from the two GTC algorithms — can improve diagnostic accuracy and patient outcomes for patients with hematologic and solid tumors.

The researchers chose targeted transcriptomes over whole transcriptomes “to improve the detection dynamic range of genes that may be expressed at low levels, which may have a significant impact on oncogenesis and cell differentiation,” the researchers wrote in the American Journal of Pathology article.

On Oct. 1, GTC announced the general availability of Liquid Trace, a liquid biopsy assay that combines targeted transcriptome and cell-free DNA testing. The cooperative said that the test provides transcriptome data that is enriched by various tumor markers including CA125, CA 15-3, and CEA, making it possible to perform liquid immunoprofiling by evaluating levels of biomarkers including CD19, CD20, CD33, CD4, and CD8.

With the introduction of Liquid Trace, GTC is able to offer comprehensive cell-free RNA analysis alongside DNA analysis. RNAnalysis is compatible with this new assay.

In the paper, an independent blind test found that RNAnalysis settled on the correct top choice for diagnosis in 100 percent of acute lymphoblastic leukemia cases. Accuracy was 88 percent for acute myeloid leukemia and for chronic lymphocytic leukemia, 85 percent for diffuse large B-cell lymphoma, 82 percent for colorectal cancer, and 72 percent for follicular lymphoma, though only 49 percent for lung cancer.

TraceWork was able to distinguish between lung cancer and colorectal cancer with 97 percent sensitivity and nearly 95 percent specificity. It showed similar or better results for distinguishing between Hodgkin lymphoma and normal lymph nodes, between follicular lymphoma and diffuse large B-cell lymphoma, and between breast and ovarian cancer.

The authors concluded that the study demonstrated the potential of combining AI with genomics in routine oncology practice and to diagnosis tumors and their cell origin, providing “solid objective data” for clinical decision making.

This is not true in every diagnostic class, however. For example, the researchers said that they need more cases and additional validation for early-stage myeloid samples including chronic leukemia. Solid tumors that had metastasized to lymph nodes were also problematic.

GTC and its partners expect that they can overcome these issues because the algorithms have been designed to be continuously trained with additional samples and new diagnostic classes.

Initially, the authors evaluated the efficacy of the AI technology in distinguishing between myelodysplastic syndrome and myeloproliferative neoplasms. They later branched out into other types of cancer, first looking at pairs of classes and then at multiple classes.

They particularly struggled in selecting biomarkers unique to certain classes, but overcame this by producing scores to rank 1,408 biomarkers on how they corresponded to each of 47 diagnostic classes. Sometimes they had to add mutation profiles to distinguish between normal bone marrow, myelodysplastic syndrome, chronic myelomonocytic leukemia, myeloproliferative neoplasms, and acute myeloid leukemia.

Generally, they noted in their paper, misdiagnosed cases were commonly misdiagnosed within the same diagnostic category.

Albitar said that the goal in developing and promulgating the algorithms is to reduce diagnostic error.

Hackensack Meridian School of Medicine and GTC established an oncology-focused DNA and RNA sequencing laboratory called Anthology Diagnostics in early 2021. The collaboration’s aim is to make next-generation sequencing an element of everyday patient care not only within Hackensack’s New Jersey-based network of 17 hospitals and 500 care sites but also along the entire East Coast.

Anthology Diagnostics builds upon a similar collaboration forged in May 2020 between GTC and the Theurer Cancer Center to offer NGS to patients treated within the Regional Cancer Care Associates network of physicians across New Jersey, Connecticut, and Maryland.

With the GTC algorithms, Hackensack Meridian is trying to use targeted transcriptomes to diagnose cancer patients.

Goy said that DNA and RNA profiling is more accurate as well as safer for patients and less expensive for the healthcare industry than a biopsy of a lymph node. “If we had a genome profile, we could actually tell someone this is a reactive [lymph node rather than] cancer,” he said.

“I would argue that the future in oncology is much more diagnostic than therapeutic because we already have tons of treatment and we don’t necessarily know how to use them well,” Goy added. “This is a win-win situation for society, for the patient more importantly, and for the [healthcare] system because we refocus resources where it matters,” Goy said.

As an example, Goy mentioned mantle cell lymphoma, a rare form of lymphoma that Theurer Cancer Center specializes in.

He said the median survival rate of patients with high-risk abnormalities is less than a year even with aggressive chemotherapy and immunotherapy treatments, compared to 12 years for those without the same abnormalities. “The quality of molecular diagnostic features and dual RNA signature is very critical for us to stratify our patients,” Goy said.

As an example of how RNAnalysis and TraceWork have changed treatment and outcomes, Goy discussed the case of a 40-year-old woman with no previous history of cancer who was diagnosed elsewhere with metastatic sarcoma.

“It’s unusual for sarcoma to present right away as a metastatic disease,” Goy noted. This patient came to Hackensack, which performed DNA and RNA signatures and analysis, then determined that she had anaplastic large-cell lymphoma with an unusual morphologic presentation that might otherwise seem like metastatic sarcoma.

Knowledge like this allows clinicians to consider nonchemotherapy options that are less toxic. A year and a half later, this woman is free of cancer when doctors previously thought she had a terminal disease, Goy said.

Some payors in some states are working with GTC to disseminate this knowledge, according to Goy, but it is not a universal sentiment. “Insurance [companies] sometimes have a short-term vision and don’t see the benefit in the long run,” he said.